If you want to create a shaded outdoor space for entertaining, you might want to consider a shade sail instead of umbrellas. These are suspended above an area on a few support masks to stretch a piece of fabric horizontally above you, and they come with several great benefits.

Here are just four reasons you should choose coastal shade sails over umbrellas for your outside entertaining space.

The most obvious benefit that comes with shade sails is also the most compelling: they offer a far larger area of shade. Even the largest umbrella usually only covers a single table or a couple of chairs. That might be okay for a quick outside dinner with your family, but it's going to be a problem when you're entertaining. A sail can cover several tables and many chairs, plus all the space between them, so they create one large entertaining area instead of several smaller ones.

An umbrella can keep the sun out of people's eyes, but they're not so great at keeping out the heat. That's partly because they sit so close to the ground and partly because they heat up quite quickly and transmit heat to whatever they're connected to, such as a table. A shade sail is set much higher off the ground, so the sun's heat is kept off while allowing cool breezes to pass beneath. When you're entertaining during hotter times of the year, you'll want to make sure people aren't uncomfortably warm, and shade sails can help make that happen.

It's hard to deny that umbrellas can be a little in-the-way. Since you'll need to use several for a larger entertaining space, people will have to keep walking around them when they want to mingle, and it's not like you can create one large central area that's fully shaded without any obstructions. If, for example, you wanted to let people dance, you couldn't do it with umbrellas. A shade sail is different. They're high enough not to knock against your head and can be stretched between support masts set quite far from each other, so supports will never feel in the way.

4. No Chance of Blowing Over

Finally, keep in mind that even heavier umbrellas can be blown over when the wind picks up. That could lead to anything from smashed dishes to a ruined garden. When you're entertaining, you need lots of umbrellas, so the risk of damage becomes greater. A shade sail doesn't catch the wind and won't be a problem in anything less than the strongest gusts – at those times, you can simply unclip the sail. 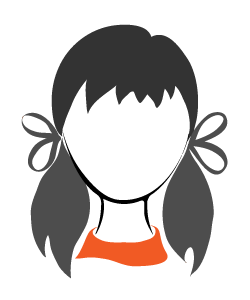 Hello, my name is Erica. I live in a large house in western Sydney. I moved into this place when my mother passed away. I had been living abroad for many years, so I hadn't been back to the house for many years. I was shocked at the state of the place when I got back. My mother had let the garden grow into a jungle and the inside of the house was in a real state. I called in a team of home and garden contractors who set to work restoring the place. I learnt so much from the guys as they worked on my place that I decided that I would like to start a blog. Enjoy!